110 years ago, we sailed a barge through the waterways of the Westland region and on to Rotterdam for the purposes of fruit and vegetable distribution. Later, we expanded our activities, taking care of exports to the rest of Europe. We've grown a lot since then, and we're proud of our achievements. 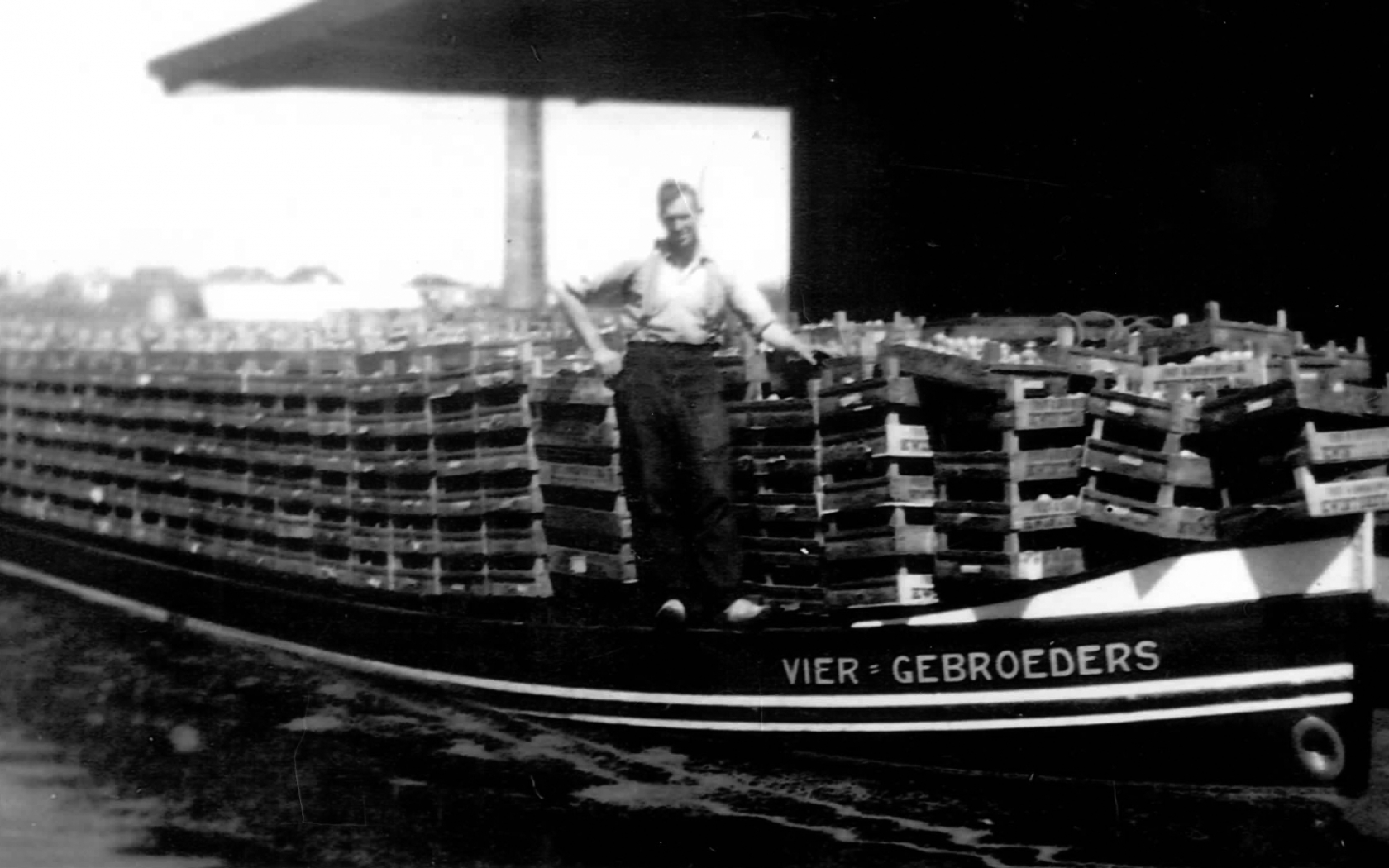 Engel van den Berg founded the business E. van den Berg in 1907. He operated a regular transport route between Kwintsheul and Noordplein in Rotterdam, sailing his barge laden with potatoes and vegetables back and forth a couple of times a week. His sons eventually took over the company and bought the first lorry. The company has developed further with each new generation, from the potato trade to commission selling, and further still to export and distribution to countries such as Germany, France, the United Kingdom, and Switzerland. In the end, the third generation decided to focus entirely on the Swiss market. E. van den Berg has therefore been unique since day one.

And today we are still continuing the developments of the past. For example, together with Hoogsteder (part of The Greenery) we are situated in a new office and distribution centre close to the A12 motorway in Bleiswijk. This will further optimize our supply chain and enable us to join forces even more effectively.